After the show's beginnings at the Arizona Biltmore, Ann McCormick bought 150 acres in Scottsdale and made it into the horse facility known as Paradise Park which served the needs of the show for many years.

Since that time, the show has been held at WestWorld in Scottsdale. It has grown from 50 horses to nearly 2400 horses bringing top owners, trainers and breeders from around the world competing for a chance at winning. A win at Scottsdale can mean big money in the breeding barns.

Thank you to our 2020 Coporate Sponosors 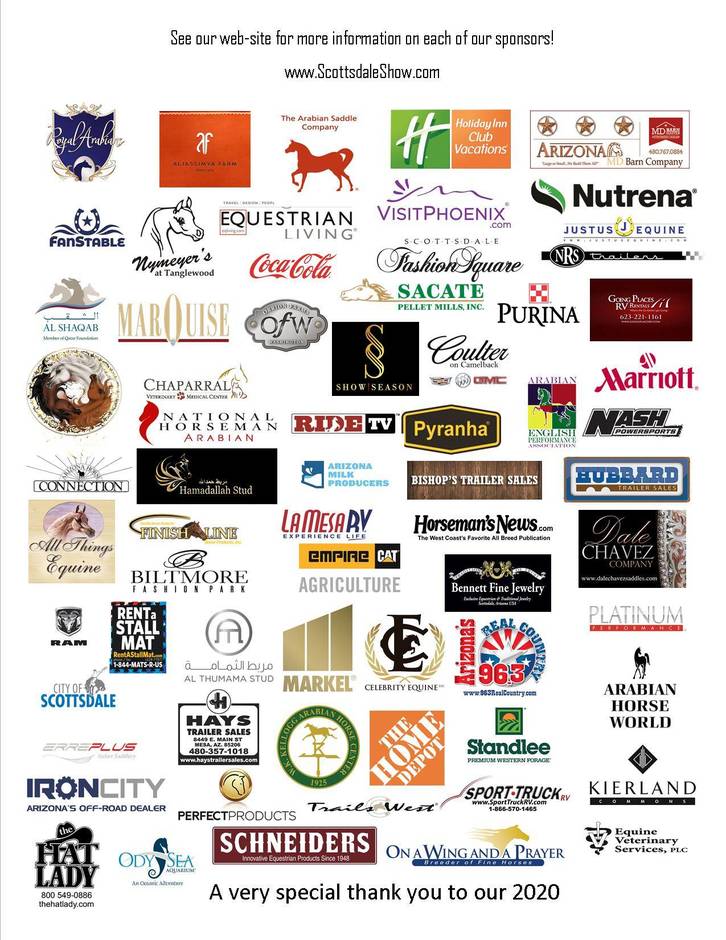