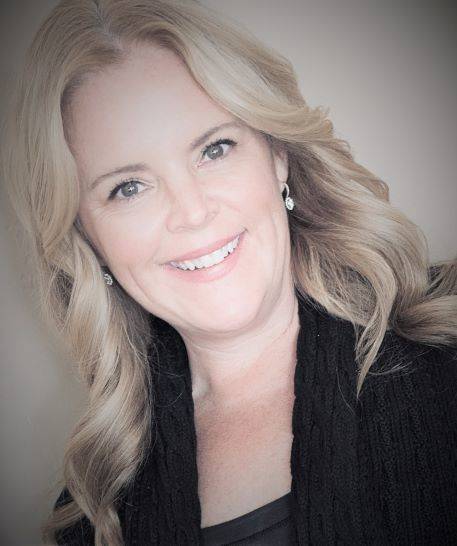 I’ve been with the Arabian Horse Association of Arizona for 23 years, I just moved from Canada and started seeing sings promoting the Scottsdale Arabian Horse Show.

I found out who organized it landed a volunteer position for almost every day of the show. It was a great time learning the ins and outs of the show in various positions. From there I was asked to organize the volunteers for the following Scottsdale Show (a volunteer position). There was no turning back; I loved everything about being involved in the Arabian horse community.

On my days off I love spending time riding my horses, hiking, biking, pretty much anything outside (even in the summer). Scottsdale is a great place to be with so many opportunities for outdoor adventures!

I see my job as an ambassador for the Arabian horse, spending most of my time organizing events and shows where people can compete, learn, experience, love, and hopefully own Arabian horses. I am lucky because I am positioned in organizations that produce world-class competitions with extensive outreach opportunities! 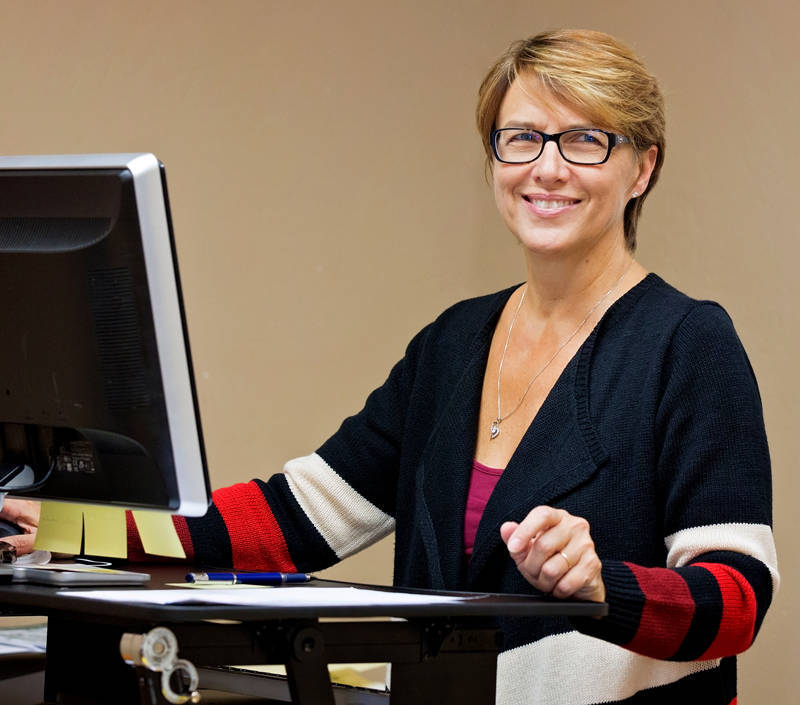 Born and raised in Argentina, South America, and yes, I do speak Spanish! I have lived in many areas of the US and 6 years in Spain.  Married for 38 years with 2 wonderful children who gifted me with 2 more (in-laws) and 2 grandbabies!

I have worked for the Arabian Horse Association of Arizona for many years in different capacities, but at this time my favorite part of the job is working with our 2 breeding programs, the Scottsdale Signature Stallion and the Breeders Club programs. If you are interested in participating in these programs, please contact me at futurities@scottsdaleshow.com 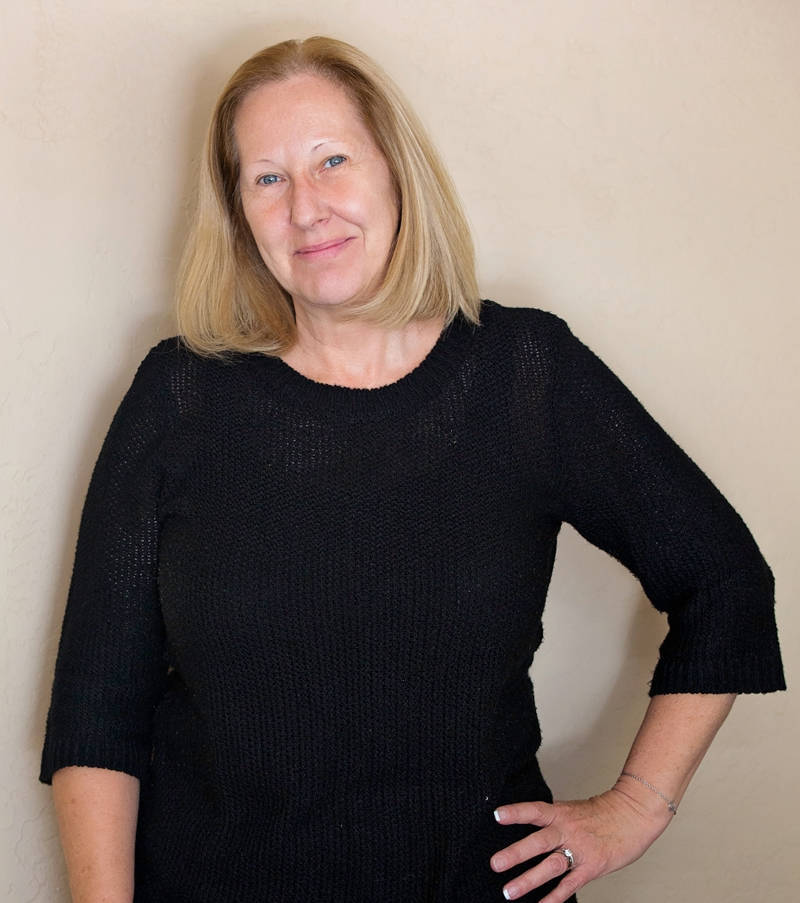 Hello! I am not only a totally awesome employee of the Arabian Horse Association of Arizona (my words), I am a wife to a wonderful man name Tim.  We have been married for 31 fabulous years! We have 3 children, Steve (38), TC (30) & Teala (27). I have 3 of the best grandkids in the world and yes, the cutest! Our first granddaughter is Carmen (17), Ophelia (3) and Payson (2).

I have been employed with AHAA for 20+ years and have loved every minute of it. I have seen a lot of change in this industry, a lot of ups & some downs but what I have learn and noticed over these years is that the horse people, the commercial vendors, my co-workers and the friends I have made along this journey are amazing, strong and resilient people.

Looking forward to the best 2021 Scottsdale Show ever! 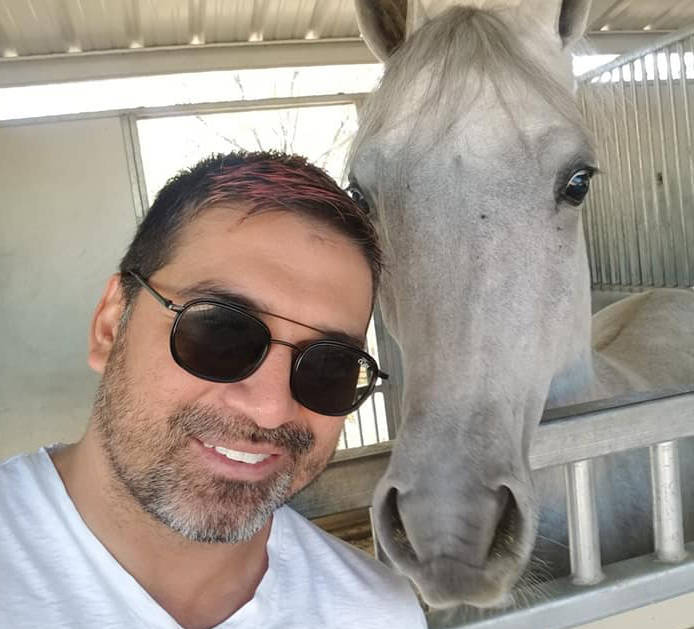 Hello, I’m Robert Beach and here are some fun facts about me:  I’m the only Beach in my family that was born in Hawaii. I grew up in the Bay Area and lived in WA State for my last 2 years of High School before moving to Phoenix, AZ in Oct 1995.   I’ll take an Arizona 115+ day over a cold/snowy winter day.

I have taken over the Corporate Sponsorship division from Janie Halferty (she's still with A.H.A.A.). Many of you may already know me as I worked for Arabian Breeders World Cup for the past 5 years. I look forward to getting to know you and to work to make your partnership with the Arabian Horse Association of Arizona and the Scottsdale Arabian Horse Show even better than ever!

If you would like to talk about your sponsorship or advertising with A.H.A.A, please feel free to contact me at 480-515-1500 or at corporate@scottsdaleshow.com

Get to Know Your A.H.A.A. Board Members! 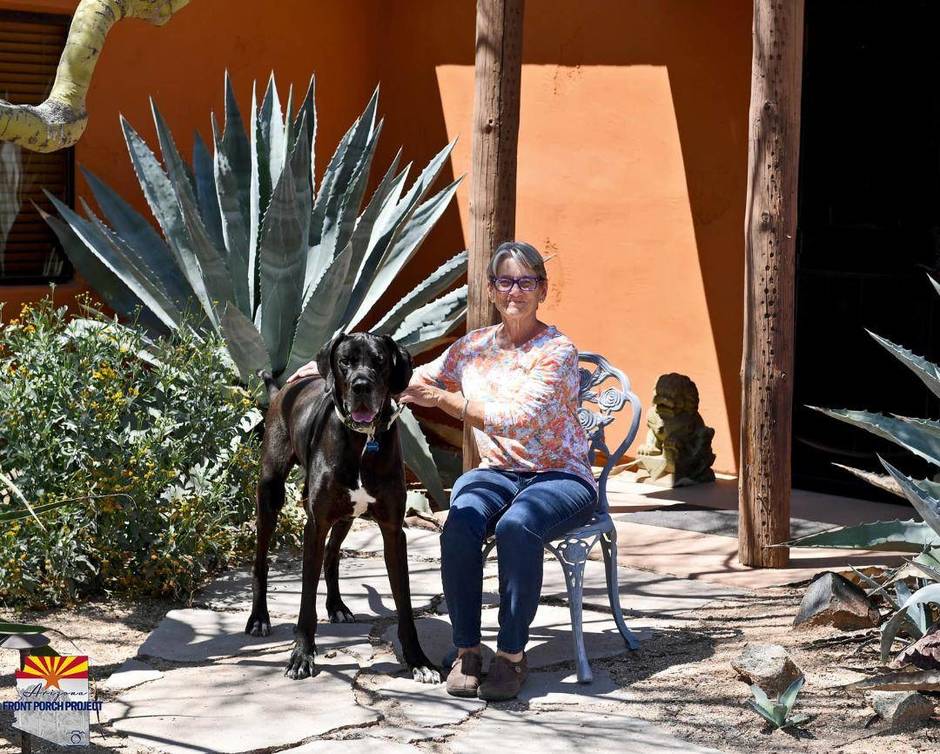 Hello, my name is Mary Lou Houge. I am the current President of the Arabian Horse Association of Arizona. I have always been a horse girl from the first time I rode at camp at the age of 6. I moved to Arizona in 1994 and started taking riding lessons again - and that was my introduction to Arabian horses. As the story goes I bought one half-Arabian, then a pure bred, then a couple of mares to breed and soon I had a big ranch with 55 horses to care for! I loved it, but now I am retired with two Arabians at home along with the dog and the cat. With time on my hands I joined the new (at that time) Amateur Committee and eventually ran for the board of directors of the club. I served as a board member for 6 years and have been president for 3 years. I am really proud of our Scottsdale Show and other shows that our club puts on, but my real focus is to introduce new people to our wonderful Arabian Horses. As you know - they are the best! Call us at the office at 480-515-1500 if you want to get involved. 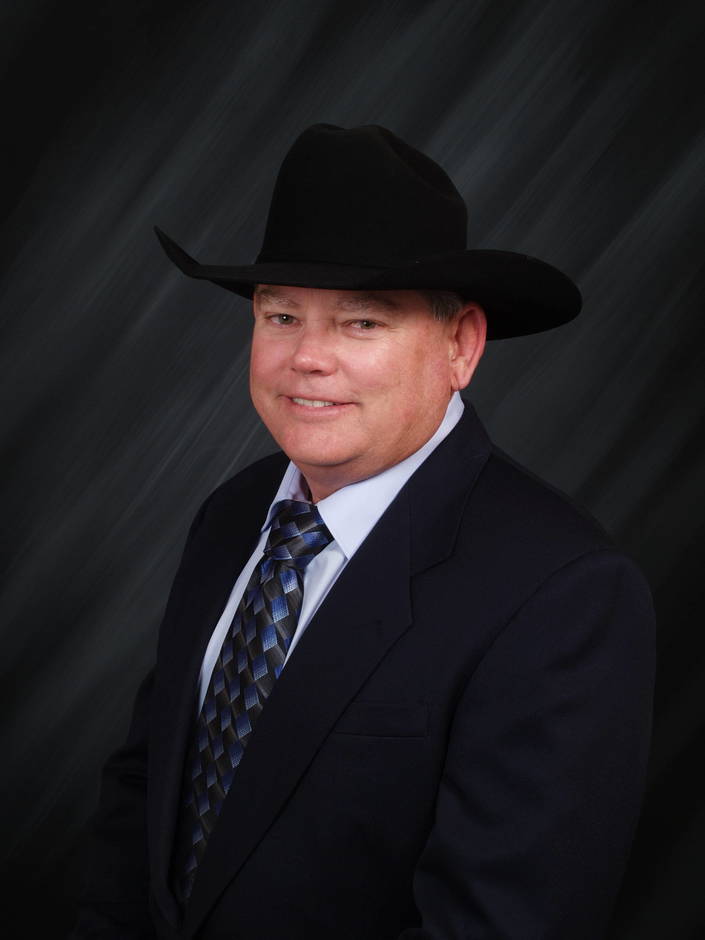 Bob has been involved with AHAA for over forty years as both a trainer and exhibitor. In addition to his present position as Vice President he has served on every committee AHAA has established. Bob has led the Barn Tours on horseback at the Scottsdale Arabian Horse Show moving as many as four hundred people around the show grounds at one time. For many years he gave round pen demonstrations at the Scottsdale Show teaching hundreds of spectators the versatility of the Arabian horse. Bob Leary has retired as the Volunteer Head Coach and founder for Arizona State University’s Western Equestrian Team.  In the short history of the ASU Team they have won the Regional Championship and have sent numerous riders to both Semi and National Championship Competitions He has worked with many organizations rehabilitating horses for adoption with the help of the ASU team. The Western Equitation Team was awarded Sports Club of the Year at Arizona State University. Bob was the Head Western Equitation instructor for many years at Scottsdale community College. He has developed programs for Natural Trail Competitions challenging all phases of trail riding. He teaches riders how to utilize the four natural aids to properly train and control a horse in order to maximize the desired response. 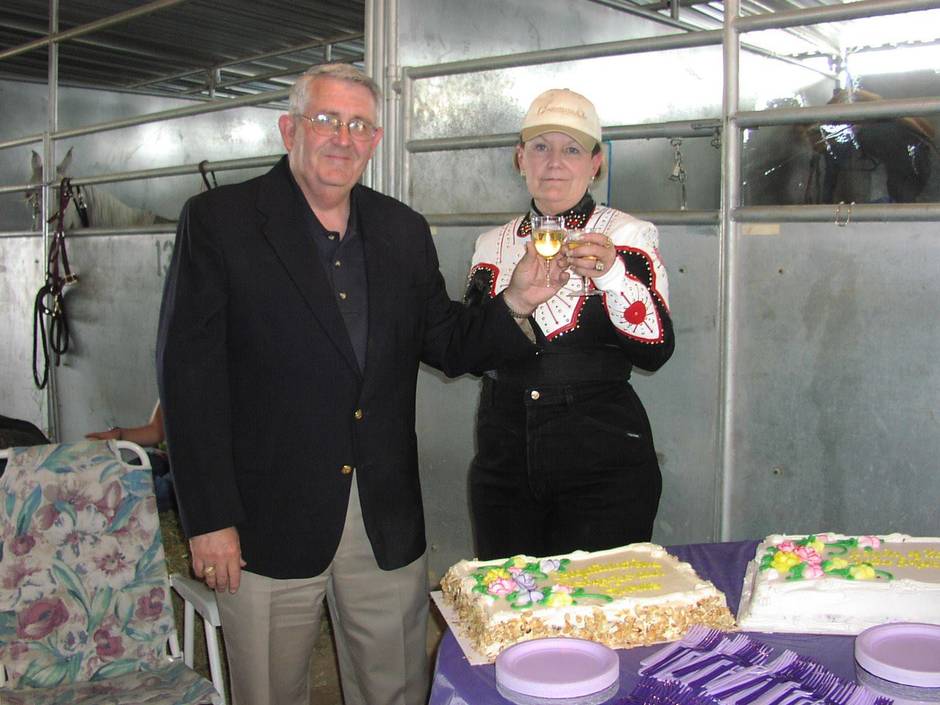 John Givens was introduced to Arabian Horses in 1972 when he met JoReen Davis who owned a modest Arabian Horse breeding operation in Orofino, Idaho.    The two married a year later and moved from Orofino to Clarkston, WA. based on a promotion tied to John’s professional commercial banking career.  The couple purchased 10A and a home in Clarkston and constructed an indoor arena and 12 stall barn to house Jo’s horses.   Over the next 22 years living in Clarkston their facilities expanded to accommodate up to 20 additional board horses while they continued the modest Arabian Horse breeding operation.

In 1996 the couple sold the Clarkston stable operation and relocated to Kennewick, Washington again following promotional opportunities to John’s professional career.  They purchased a 3A hobby farm in Kennewick and took only four Arabian Horses from Clarkston with them.  They curtailed the breeding operation opting to purchase horses instead.  JoReen begin to show at expanded Regional and National competitions while John involved himself in club and regional board member responsibilities and horse show announcing

In 2015 John retired from both his commercial banking and public administration professional careers in Washington State and the couple relocated to Scottsdale to retire.  One of the major factors influencing their decision to move to Scottsdale was the large presence of Arabian Horses and competition activities in this area.  JoReen stays busy these days riding and showing her Half Arabian Horse, Blueskyes, while John serves on the AHAA Board of Directors and is an Arizona elected member to the Region 7 Show Commission.  JoReen and John have campaigned many Arabian and Half-Arabian horses to multi-Regional and/or National Amateur and Open Competition Championships. 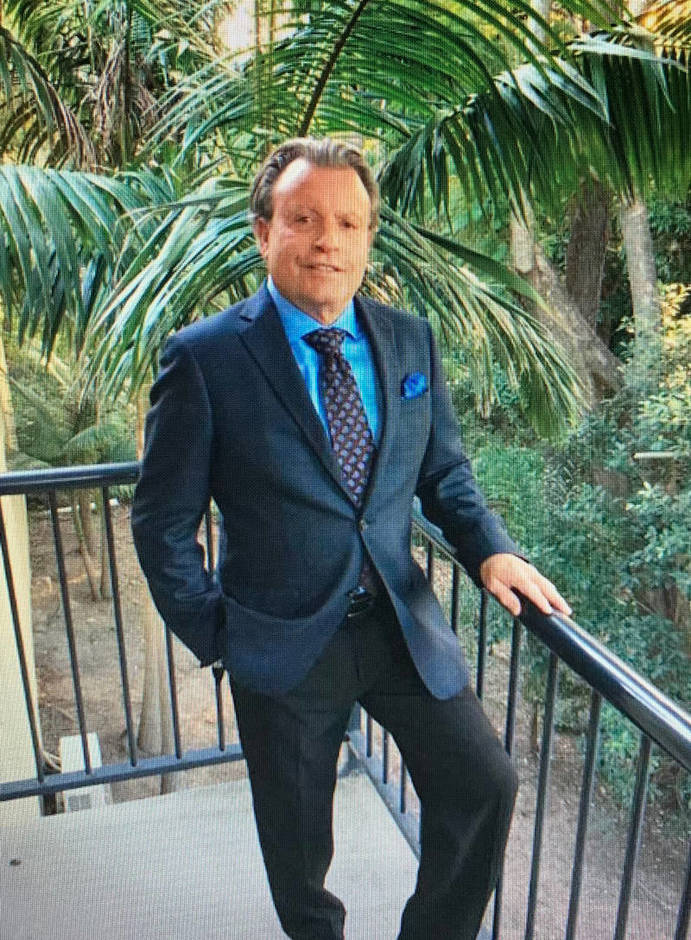 Greg Knowles is a graduate of the University of Washington in Radio and Television.  In 1979 Greg opened up Arabian Expressions, an Arabian horse breeding, training, and marketing company.  In 1999 he moved Arabian Expressions, to the mecca of the Arabian horse, Scottsdale Arizona.  He’s won many Championships in Halter at all levels at Scottsdale, Nationals, and regionals. Greg still owns his own farm in Scottsdale and is incredibly active in showing, marketing, breeding and selling Arabian Horses.  In 2002 he went to Auctioneering School and has become one of the top Arabian Auctioneers in the World and has auctioned at major sales in Poland, Italy, and the US.  Greg’s also a Nationally Recognized Judge and has judged shows world wide for over 30 years, including World and National Championships.

Today Greg has very much enjoyed becoming a board member, he feels at this time in his career it’s a great feeling to give back to the breed, and our organization.

To expose and encourage involvement with Arabian Horses to as many people as possible.

The Arabian Horse Association of Arizona is a non-profit organization that is comprised of Arabian horse owners, breeders and enthusiasts from around the world. We are dedicated to the preservation of the Arabian horse through educational programs, competitions, activities and promotion.

The Arabian Horse Association of Arizona efforts with will focus on: